Shekhar is a qualified businees professional in India. One day, he meets Amar, chairman of Shah Industries of Canada. Amar is impressed with Shekhar's professionalism and qualifications and that is why he offers him to work with him in Canada. But accidently, on the same evening, Amar gets killed by Shekhar's car. In order to keep off his guilt, he goes to Canada and helps the troubled Shah Indurtries to rise and during the way falls in love with Pia, Amar's fiance. Then there is Abhay, another businessman, who also falls in love with Pia. Ultimately, Pia comes to know that Amar got killed due to Shekhar, but forgives him. Written by Mohsin Ali Khan

After Amar Shah's accidental death in India, Canada-based Shah Industries is on the verge of collapse; Pia, Amar's sweethe 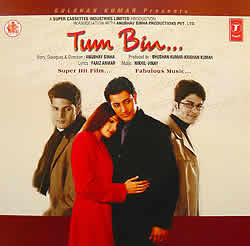 art, is devastated; Girdhari, Amar's dad, has become numb due to shock; while Amar's sister and grandmother are in mourning and attempt to live day by day. Months after Amar's death, a young man, Shekhar Malhotra, enters the lives of the Shah family, introduces himself, and offers to re-built and restore Shah Industries without any compensation. He is given the chance, and goes about the uphill task of making Shah Industries viable again. Shekhar also finds a way to fill the void made by Amar's absence in everyone's mind, including falling in love with Pia. Abhi Gyan's is a wealthy Canadian industrialist, who would like to take-over Shah Industries, in order to marry Pia. Shekhar opposes this move, while Pia endorses it, leading to all round bitterness. Then Abhi and Pia chance upon evidence that Shekhar had an ulterior motive in befriending Pia and the Shah family. Shekhar must now defend himself, or stand to forever lose Pia and the faith that the Shahs had in him.
http://www.imdb.com/title/tt0290326/plotsummary

The film explores the story of two men who pretend to be homosexual, so that they would be able to rent out an apartment. Both the men fall in love with the same girl, but are unable to express their feelings because she is under the impression that they are homosexual. [2]

Dostana is the first Bollywood film to be filmed entirely in Miami, United States. Filming began in Miami in March 2008, and the film was released on November 14, 2008.